There is growing recognition that the development of new, evolutionarily robust treatments and interventions against infectious disease requires a better understanding of the dynamics of parasites and pathogens inside their hosts. While progress in microbiology and immunology has continued to unravel complex molecular interactions between microbes and their hosts, population biologists have begun deploying new tools to understand the ecological causes and evolutionary consequences of the observed within-host dynamics. In particular, this work has formalised the dynamics of infection to enable quantification of the relative roles of target cell limitation and immune responses in controlling infection within a host. Such a framework, in turn, generates testable predictions about which parasite or pathogen genotypes will have a competitive advantage within hosts and thus will be transmitted across the host population. Theoreticians took the step from within-host dynamics to between-host transmission many years ago, but their models are only now beginning to be tested and improved, thanks to new developments in both experimental and statistical techniques.

To build upon and promote these developments, several RCN members (led by Olivier Restif and Andrea Graham) contributed to the current issue of Philosophical Transactions of the Royal Society, Within-host dynamics of infection: from ecological insights to evolutionary predictions. 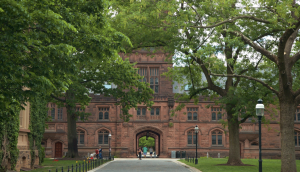